Saw the doctor yesterday - new cast, x-ray & staples removed. Apparently, all looks to be in right place, including the plate and seven screws, so the cast will come off on 18th February (yippee.. I'm counting down the days already!!). Then it'll be time to learn to walk again probably followed by physio. Running will follow much later!!

No running (obviously) so now for something different....

In my free time I've managed to read 3 books (probably a record for me!!). These were:

Today's good news is that Munster won tonight despite my absence!! Roll on the home quarter final of the Heineken cup at the start of April. I'll be there even if I have to crawl!! :)
Posted by bricey at 12:33 AM 3 comments:

I must have too much time on my hands.....
To date the whole Twitter thing has passed me by so yesterday, as I had nothing better to do, I decided to check it out for the first time. To be honest I was beginning to feel like at tech dinosaur listening to people talking about 'tweets', 're-tweets' etc etc which was worrying as I'm usually fairly tech savvy. 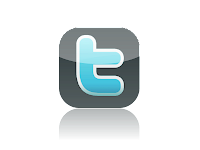 But, the jury is still out in my mind as I'm still not too sure what benefit Twitter is to anyone. Tweets (see I'm even getting into the lingo!!) are limited to 140 characters - so no detailed info can be relayed. Maybe it will help me become more succinct?? Also, my ability to tweet is severely limited as I don't have a mobile phone with twitter capability and twitter is blocked by our firewall at the office so I'll only be able to tweet from home (not a problem for the next while!!!).
Anyway for the time being I'll give it a go. I'm not sure how it will evolve but I've put my Twitter feed on the side bar for anyone that's interested.
Posted by bricey at 9:53 AM 2 comments:

Up until last Thursday morning 2010 was going pretty well. I really enjoyed the family time over the holidays and my running was beginning to come together. I'd managed to fit in a few longish runs and some solid steady runs. On Wednesday I went for an 8 mile steady run which included 3 x 1000m @ sub-6:20 pace. Things were looking up for the Mallow-10 which was due to be held last Sunday (subsequently cancelled due to ice).

Then came Thursday....the first day back at school / work etc. It was cold outside - very cold (by Irish Standards!!). At 8:30 I was happily walking my son up to his childminder (who lives 4 doors up from ours). One minute Joe was in my arms and the next I was picking both him and me up off the footpath. The dreaded ice!!!

When I was falling a heard a 'click' in my right ankle. When I stood up I heard another - not a good sign but at least I was able to stand. Planning to continue on my journey I then turned around to pick up Joe's bag. Suddenly I was doing a classic cartoon banana skin fall - both legs up in the air. Joe and I were back down on the ground. Once again I picked Joe up but I was winded so I didn't get up as quickly this time. Neighbours who saw the falls were running (carefully) towards us - by their reactions it must have looked bad!! I gave Joe to Pamela and she tried to console him. I then picked myself up and hobbled my way the 20 yards back home. Joe, while distressed seemed OK and all this time I was thinking to myself - "yes, I must go to the hospital but at least I can walk so maybe it's just a sprain"....

Off we go to the hospital. Although worried, the girls were delighted that they'll get another day off school!! Joe was checked out and we were relieved to hear that despite the bruise on his cheek (sustained when he hit my face) he was going to be OK. Then I got the news about myself....

I had broken my ankle in three places and the joint was also dislocated. The worst of the fractures was a spiral fracture of the fibula at the level of the ankle joint. Surgery would be required.

I was scheduled to have the surgery on Friday but because I didn't get a bed until late on Friday afternoon the surgery (involving plates screws etc) was pushed to Saturday morning. So it only took 48 hours for me to be fixed up!! Great.

I wasn't alone. The hospital was full of similar victims. Apparently there were four orthopaedic operating theatres in use - normally there would only be one.

I was eventually discharged on Tuesday afternoon. It's good to be home... but it's hard. Even getting around the house is difficult.

So what's the prognosis.... no weight to be put through the joint for at least 6 weeks then lots of physio and I should be able to walk normally again. As for running..... I should be able to run again but due to the restricted joint movement I'll probably not be able to run to the same standard. But it will be at least 3 or 4 months before I'll be at that stage. For now it's a matter of keeping my leg elevated, not stressing the joint and not doing anything that will prolong this condition.

To be honest while it will be hard for me the next six weeks are going to be hardest for my family and I can't do anything about it!! AHHHHHHHHH.

I'll post an update periodically to record how I'm doing but I can't promise on it being very exciting..

Be careful out there and I look forward to living my running through reading of your achievements.......
Posted by bricey at 9:17 AM 6 comments: